When you miss a flight , the entire rules apply when a flight looses your luggage their rules are applicable...when Indigo forgets entire passengers luggage at n airport ...the internet never forgets,
What if Indigo Airlines forgets  passengers? Next time ! 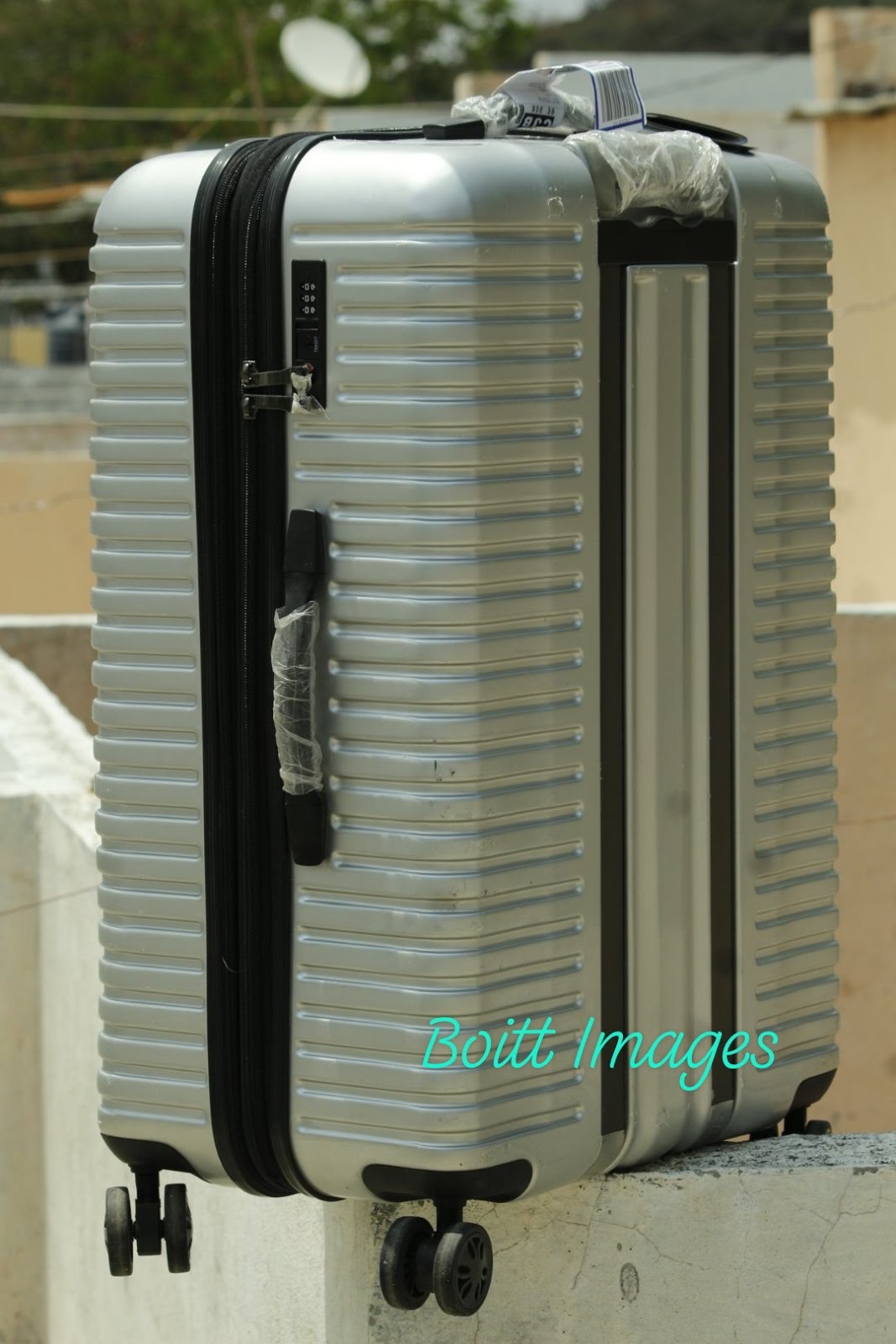 Flight Indigo hit the headlines for the entirely this reason and it still mesmerizes passengers who were left awestruck by this phenomenon, the fliers had to turn to social media , while the mainstream media tries to burry them.

Posted by Joshua Boitt at 22:25 No comments: Links to this post

Rest with ancestors mr president
The former president of Kenya , Daniel Toroitich arap Moi is dead , he will remembered by many political figures who he nurtured, he stood the test of time from one party system to multi-party democracy in the history of Kenya.
He was the son of the soil , he tamed enemies and united them in 2002 before leaving office, they split and they reconcile , the political turmoil heals and wounds many  but Kenyans suffer, Kenyans are a resilient people, champions of Africa ,may the unity he initiated be the key after 2022.
He was the president for 24 years 1978 - 2002, revered by some and loathed by others. A political life lies between these two extremes. Differences allowed , the game is who United many rather than who divides them , no equality in politics but equilibrium is what leaders ought to achieve.
He stood the turbulent political trip that shook his presidency , which almost overthrew him at the genesis of his time in office , that was the changing juncture of how he addressed his friends and enemies alike .
Most stadiums in Kenya were constructed in his tenure in office , his tenure is office was marred by nepotism but in his ministerial appointment he appointed many from different tribes and that was his wit to tame the country.
The free, twice a week milk helped many parents who send their children to school and had the opportunity of making education a key to their children upbringing. 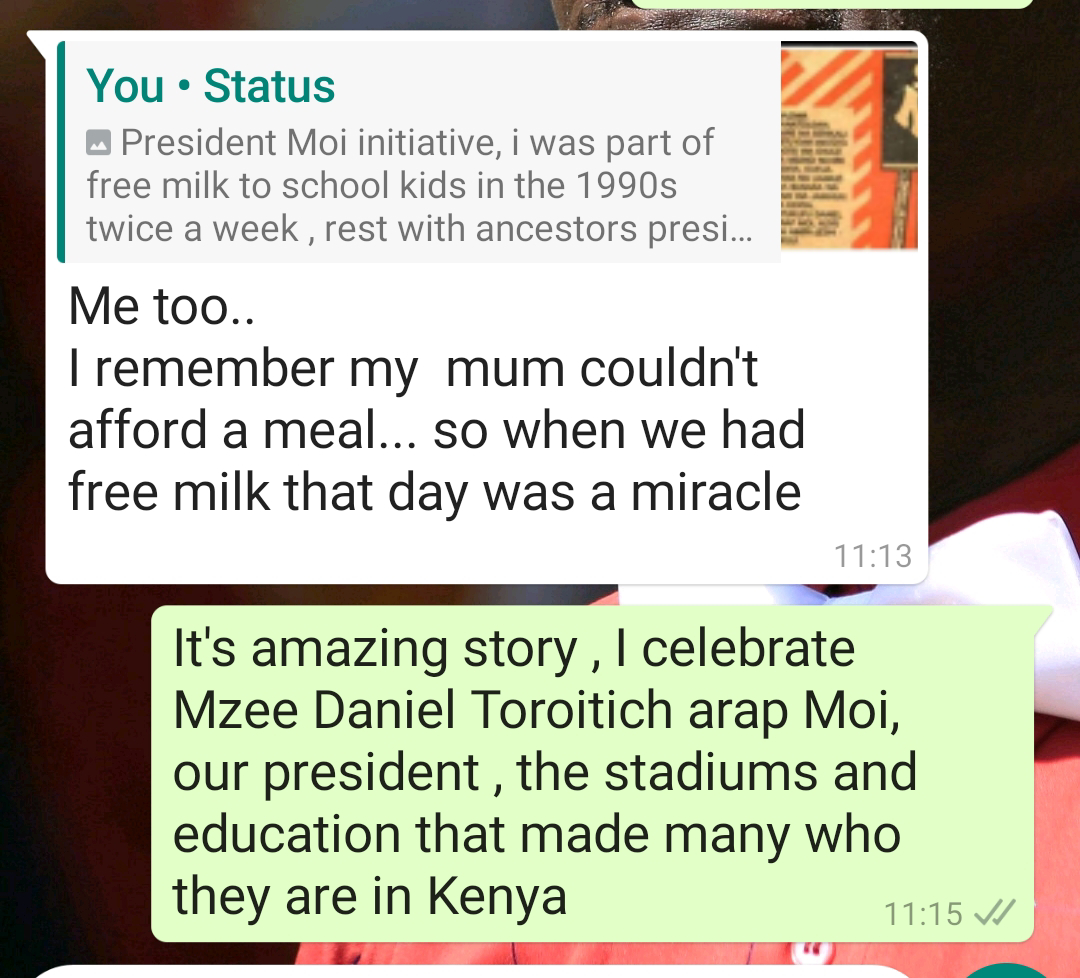 A teacher and later a president , he leaves the political field a man to be emulated and revered, he leaves a legacy and being part of the father's of the nation, may his family find strength and may his legacy of 4K club ( Kuungana, kufanya , kusaidia, Kenya ) in schools come back and many of the downtrodden can find a place in social structure to make Kenya a better nation and scale the heights in Eastern and Central Africa
I rose after meeting him in 2006 , I stepp into his vision of a prosperous Kenya a vision that needs courage beyond the grave of world challenges
For the wrongs he did , president Moi asked for forgiveness and he forgave those he had wronged that was the tone of reconstruction and reconciliation for a man of the modern Kenya ,
The struggle continues 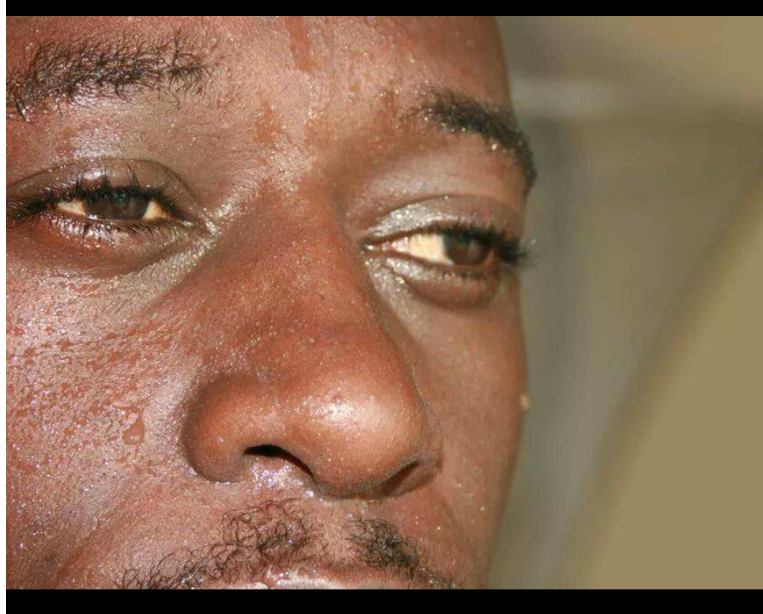 Rest with ancestors Sir
Daniel Toroitich arap Moi.
By Joshua Boitt
Long live the republic of Kenya.
Posted by Joshua Boitt at 22:24 No comments: Links to this post

Lakers legend, Kobe Bryant, dies in an helicopter crash , the legend , a global champ, mentor, died at the age of 41 , alongside Daughter 'gigi' Gianna, an upcoming basketball girl,
Gone to the ancestors, left a legacy to be emulated, by youngsters around the world, a basketball great , a footprint in the courts of basketball pitches across the globe.
Posted by Joshua Boitt at 13:46 No comments: Links to this post

The road to Vienna, Eliud Kipchoge's Challenge
All stakes are high, higher expectations, the INEOS 1:59 challenge  has hit headlines in Kenya , the most googled word in Kenya , in a bid to make history , world record holder Eliud Kipchoge set to become the first human to run under 2 hours target .
Kenyans in Europe have taken trains to Vienna the capital city of Austria to be part of the audience, witnessing history, raising the flag to part of history', some have flown from the States and all around the globe. The challenge has become history in the making.
Two things will happen, he will either land on the " 🌒 moon " history books , or land on the clouds break his own record, the third is the challenge of the excitement and expectations around the globe - Joshua Boit
1 hour 59 minutes , approximately 5.8 metres per second for 42 kilometres, marathon runners will be watching , a challenge not only for Kenyan athletics craze but for this century's atheletes , a bar set for generations and posterity.
The man behind the challenge, Sir James Arthur Ratcliffe, the billionaire British businessman and industrialist, Eliud Kipchoge was flown from Eldoret city , North Western Kenya to Vienna, Austria aboard a private jet , the private jet owned by INEOS group chairman Sir James Arthur 'the Gulfstream G280' ,
The humility of the challenge, the anonymity of the challenge , the experience of the race, the expectations of the 1:59 historical perspective , the results of  below  two hours marathon race , all stakes are high, the challenge of the century , gripping 💓 hearts of many Kenyan after much publicity, legends live , legendry liveth ,the scripted history of breaking marathon world record in Berlin, Germany clocking 2 hours 1 minute 39 seconds , on 16 September 2018,
Eliud Kipchoge is a living legend, the Olympian and Olympic gold 🏅 medalist in Rio 2016, born  5 November,1984
INEOS - INspec Ethylene Oxide Specialities
The challenge dubbed INEOS 1:59 challenge, the challenge is more than we see , first he has to beat 1 minute 39 seconds of his time, to clock 2 hours , and then 1 second to beat it , all in all expectations the challenge is in minutes 1:40 ( a minute and 40 seconds ).
The challenge, Kenya's moon challenge , his body , his mind , his heartbeat, the pacesetters , the nation behind him, the road in Vienna Austria, the wind , health condition at race time, the humidity , the elevation of the course, the cynics, the critics , the challenge is on,
Joshua Boitt
Thus will be a world history in the making  and not a world record under the IAAF World athletics rules and regulations, the elevation is flat , the road is straight , the echelon formation and interchange between pacesetters , it's "athletics moon challenge"
Eliud Kipchoge , Kenya stands with you in prayers , go till you make history , watching you from Asia , India, I pray for you , already you are marathon historian now the moon landing is scripted as landing in Kenyan hearts. The penaltimate day , 2 hours away , the ultimate fever of an athelete in an attempt to create 20th century challenge and 21 century feet. I am in the challenge , my heart beating more than Eliud's pump on the road to history  - by Joshua Boitt

Posted by Joshua Boitt at 20:55 No comments: Links to this post

A South Sudanese Student, Stabbed to death in Bangalore, India

According to his friend, Shodier  a former student in  Bangalore, Monytoch was social , had a good sense of humour and a writer as well as a poet.

His dreams cut short by being stabbed by a gang of miscreants according to local media and local police reports. 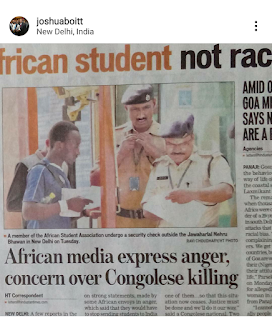 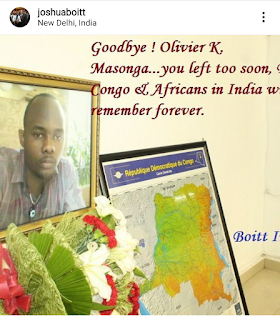 Attacks on foreign students/ since 2012 almost frequently has increased  Elisephan a Rwandan killed  Feb 2014 in Karnataka, a Congolese  national Masonda Olivier May 2016 in New Delhi, the Rwandan student Yannick Nihangaza attacked 2012 in Punjab died July 2014 , The establishment of circumstances of the murders take long and justice still far from being attained, memories still vivid.

Posted by Joshua Boitt at 06:56 No comments: Links to this post

Love is infatuation, Affection is addictive

Love is infatuation while affection is addictive. Do not try this if you are not ready for the consequences. Love story fascinate the youth , it is fueled by Bollywood and Hollywood in its business form not in real form. The new model of love
The peer group pressure and group think theory makes it a fire that burns out of ;I don't care mentality and I live once urban legend thoughts. 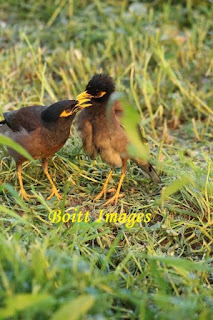 How many times have we seen vulgar images which makes no sense to the culture of public privacy and thus been eulogized by those who perpetuate for freedom. Freedom is not being free to do what we want but living according to the tenets of liberty and respecting others privacy and dignity.
Movies give love infliction to make scenes appear to transcend human love and affection but the truth behind it , pornography and vulgarity is sold to unsuspecting audience.The death of dignity and respect.-        by Joshua Boitt, India
Posted by Joshua Boitt at 21:45 No comments: Links to this post